Located in a red brick building on London’s Sloane Street, this apartment offers generous living space, kitchen and master bedroom. A stone’s throw from all the capital’s best shops, restaurants and the iconic King's Road, making this luxury home in Chelsea one of London’s most desirable addresses.

This newly refurbished, stylish luxury apartment is situated in the heart of Chelsea, on the chic Sloane Street. The one-bedroom apartment enjoys a prime location just a stone's throw from the elegant Sloane Square on the first floor of this traditional, red-brick building. The walls are painted in a crisp, clean white which gives the space a light and airy feel.

The apartment comprises a well-equipped kitchen, living room with dining area, spacious bedroom and bathroom with Molton Brown toiletries. We're happy to help with any trip arrangements such as restaurant bookings, activities, grocery shopping and much more. We're also on hand throughout your stay should you need any assistance. 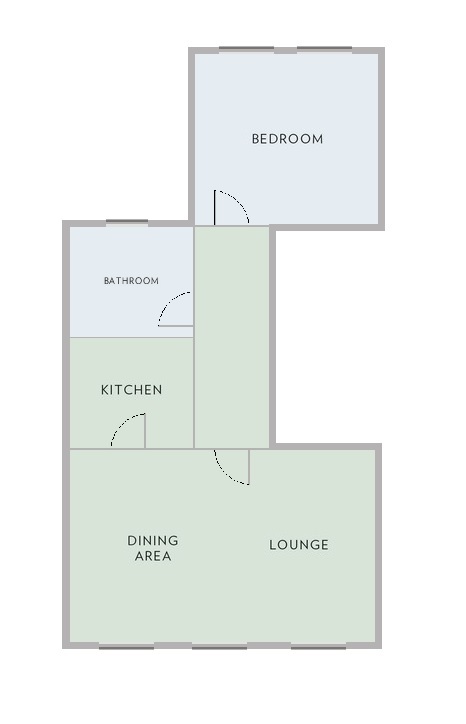 The Royal Borough of Kensington and Chelsea is markedly affluent, with virtually no high-rise buildings and numerous upmarket residential streets. Many of the capital's leading attractions, including the Victoria and Albert Museum, the Natural History Museum, the Science Museum and Royal Albert Hall, are within walking distance. So, too, is some of the best shopping and dining in the capital, though the area has some great stores and restaurants of its own.

The pièce de résistance? Kensington Gardens, one of the capital's eight Royal Parks, offering 242 acres of lawns, mature trees and ornamental flowerbeds. It's home to the Albert Memorial, the Serpentine Galleries, the Diana, Princess of Wales Memorial Playground, and Kensington Palace, the official residence of the Duke and Duchess of Cambridge. The Royals have a penchant for this area, too.

You may also enjoy these properties

INVESTMENT IN THIS SCHEME IS RESTRICTED TO CERTIFIED HIGH NET WORTH INDIVIDUALS OR SOPHISTICATED INVESTORS. EVIDENCE OF THE CERTIFICATION WILL BE REQUIRED BEFORE DETAILED INFORMATION CAN BE PROVIDED TO YOU. THE PRICE OR VALUE OF, OR INCOME FROM, INVESTMENTS CAN FALL AS WELL AS RISE. THIS INVESTMENT CARRIES A RISK TO YOUR CAPITAL AND AN INVESTOR MAY GET BACK LESS THAN THE SUM INVESTED. YOU MAY HAVE DIFFICULTY SELLING THIS INVESTMENT AT A REASONABLE PRICE AND IN SOME CIRCUMSTANCES IT MAY BE DIFFICULT TO SELL AT ANY PRICE. DO NOT INVEST IN THIS UNLESS YOU HAVE CAREFULLY THOUGHT ABOUT WHETHER YOU CAN AFFORD IT AND WHETHER IT IS RIGHT FOR YOU. ‘ THIS FINANCIAL PROMOTION HAS BEEN APPROVED BY VELAY FINANCIAL SERVICES LIMITED, 210 NEPTUNE HOUSE, MARINA BAY, GIBRALTAR WHICH IS LICENCED BY THE GIBRALTAR FINANCIAL SERVICES COMMISSION AS AN EXTERNAL ALTERNATIVE INVESTMENT FUND MANAGER UNDER THE ALTERNATIVE INVESTMENT FUND MANAGERS REGULATIONS 2013 (LICENCE NO. FSC0103AIF). THIS INVESTMENT IS NOT BEING OFFERED TO (1) ANY PERSONS RESIDENT OR LOCATED IN THE UNITED STATES OF AMERICA; (2) ANY UNITED STATES CITIZEN WHO IS STATIONED OR SERVING OUTSIDE THE UNITED STATES AS A MEMBER OF THE US ARMED FORCES OR DIPLOMATIC CORPS OR ANY OTHER GOVERNMENTAL AGENCY EITHER AT THE TIME OF OFFER IS MADE OR WHEN THE PURCHASE ORDER IS INITIATED.